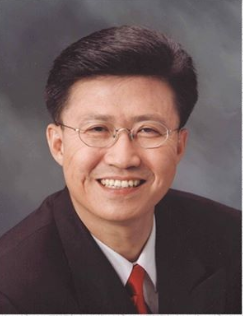 Jonathan Dai is a strong believer in community services, and the balance of economic development and social progress.

In the early 90s, Jonathan worked as Business Coordinator with the Avenue of Nations Business Revitalization Zone Association, and was instrumental in planning and implementing projects such as crime prevention, neighborhood improvement, festivals, and promotion of local small businesses.

Jonathan started his own business in the mid-1990s, and has been providing assist services in immigration and employment. In 1997, he was recognized for his “creative work and outstanding contribution to the economic development in the immigrant communities” and received a Citizenship and Immigration award.

Jonathan ran in the year 2000 in the federal riding of Edmonton-Strathcona. He placed a strong second with 17, 816 votes, the highest for any federal Liberal candidates from 1995 until now. He was also a key organizer with the 2011 and 2014 Alberta PC Party Leadership races. He ran in the 2014 and 2019 Alberta provincial election. Jonathan continues to advocate for the Canadians with minority roods to participate in the social-political life in Canada.

Check out our work

Take a peek inside our Wonderworld